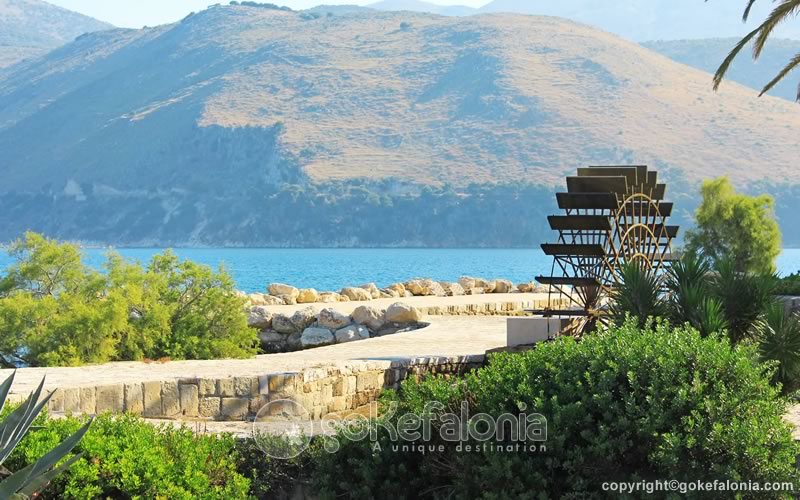 One of the most well-known sights which is also a top geological phenomenon of our island, is Katavothres. They are located in a distance of about 2km from the island's capital, Argostoli, in the so-called round of Lassi.

Sea water enters through holes near the shore and then disappears. In reality, the water entering in that exact spot follows quite a long route. Finally, it flows into the lake of Melissani as well as Karavomylos. This was unveiled in 1963, when Austrian geologists put artificial colorings in one of these entrances and afterwards, using radioisotopes, verified the route of the “disappearing” water. Rain water is also added to the quantity of sea water, which at some point meets the water which crosses the island underground.

The mills were place there by the British man Stewens, who was the first to observe the phenomenon. The big earthquakes of 1867 and 1953 didn't have any impact on this, excluding the fact that they destroyed the construction on its surface, which was nonetheless reconstructed.