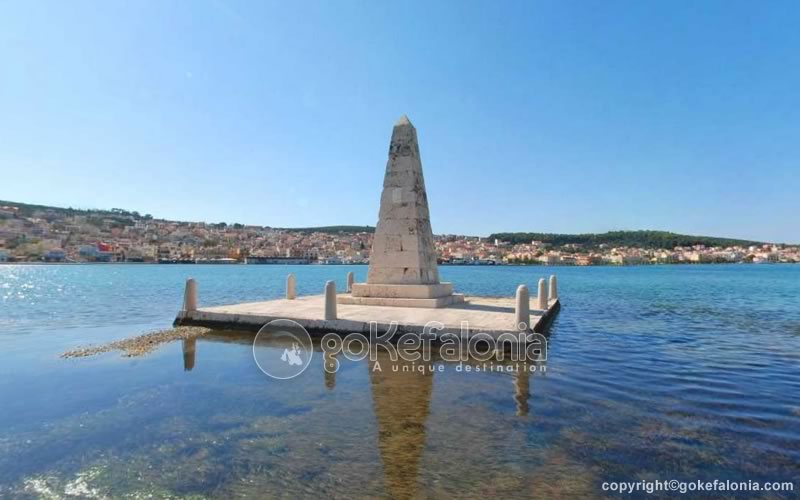 The historical bridge of Argostoli, also known as Dervosetos Bridge, was built in 1813 by Charles-Philip De Bosset in an attempt to prevent entrance to Argostoli through Koutavos. In those days, this was synonymous to, in the best case, malaria and in the worst case, death. For this reason, the road ending up to the bridge is dedicated to this man and named after him.

It is a bridge which was originally wooden. After the leveling of the Metela hill, it became a stony bridge. In its middle, one can see the monument in the picture, together with a four-language sign, in memory of those who built not only an important memorial but also a great infrastructure work of that era.