The Lighthouse of Saint Theodoroi 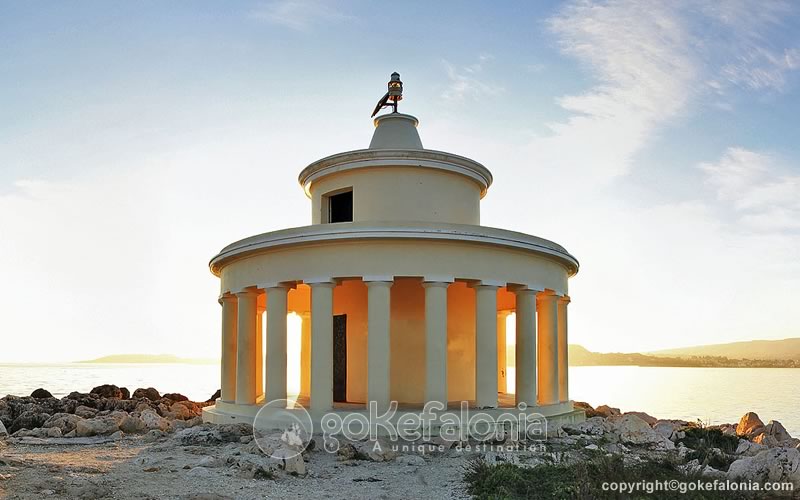 The Lighthouse of Saint Theodoroi

One of the most famous sights in the area of Argostoli, and more specifically of the so-called round of Lassis, is the Lighthouse of Saint Theodoroi. It was named after the little church which is located very close to it. The whole area has been named after the lighthouse which, for reasons of simplicity and briefness, is called Fanari.

It is a traditional lighthouse used for the approaching to the shore ships, so as to avoid rocks. Built in 1829, during the British Rule, like many of the traditional landmarks which characterize the island (see also Dervosetos Bridge), it is a work of J.P. Kennedy. It stands out as a circular Doric building, similar to which there is none in the whole island.

Like everything else in Argostoli, as in the whole of Kefalonia, it was destroyed during the earthquake of August 1953. It was reconstructed immediately after, unfortunately with only few other masterpieces of the pre-earthquake era. Works of renovation have recently taken place, in order to save the lighthouse from the extended corrosion caused by sea water.