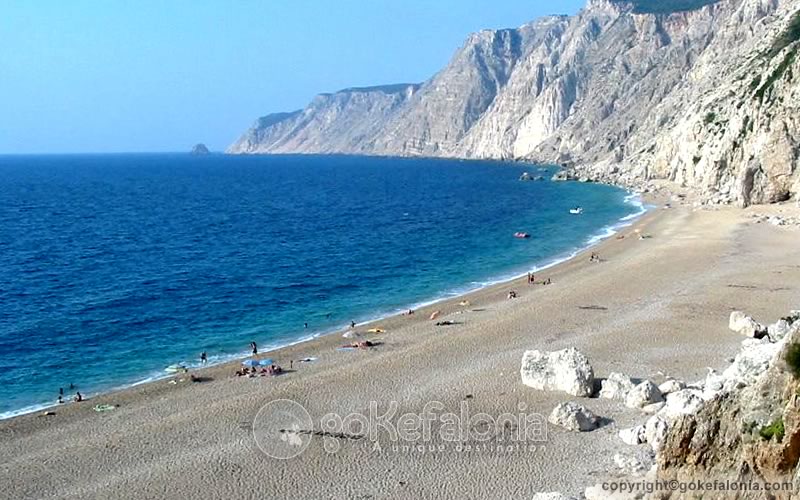 Platia Ammos is one of the most spectacular beaches of the Peninsula of Paliki and the whole of Kefalonia, which can be found shortly after Kipouraion Monastery.

This beach shares common features with Myrtos, it is however, less known, and its landscape is associated to something wilder. Its waters are crystal clear making a contrast to the green scenery but they are however turbid, due to the salty waters of Myrtos beach.

Until a few years ago, access to the beach could only be achieved by sea. Today, construction processes for access have been completed. In order for visitors to approach it, one must pass by a dirt road and go down more than 400 steps. This turns access to this pristine beach into a small adventure, as it builds up its magic and mystery, since only people who know about it can be able to reach it.

This is considered to be one of the most isolated parts of the island, since even mobile phones do not have a signal there.